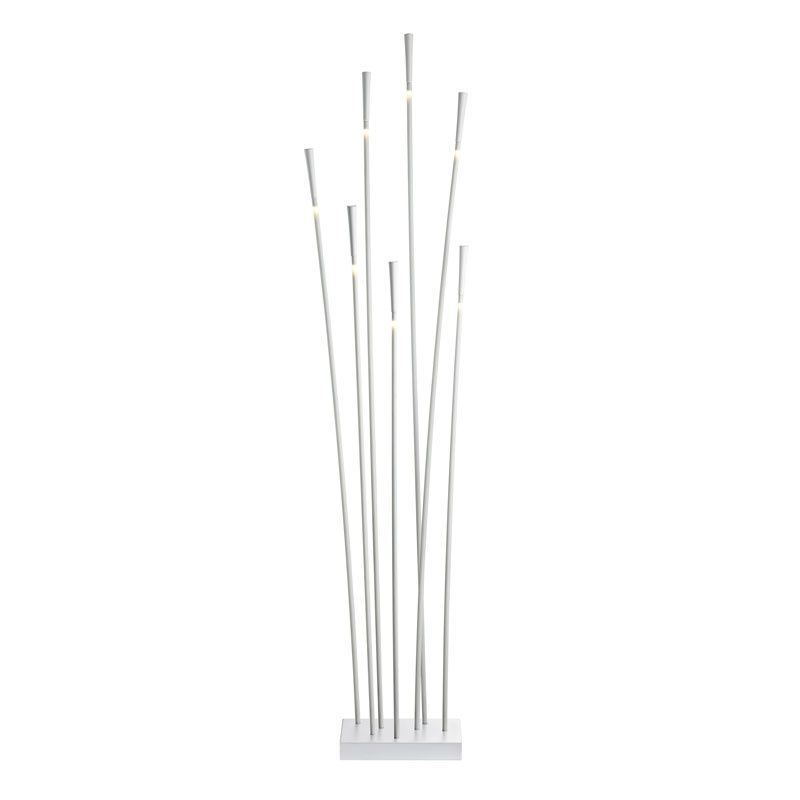 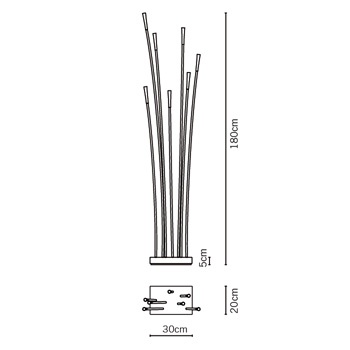 A decorative floor lamp that creates a light forest in your home, with particular light effects in your living room, bedroom or study. Lamp with LED technology that ensures a longlife light source and provides energy savings. Plastic and carbon fibre materials are used to guarantee the quality of the finishes and the elegance of the design.

Marc Sadler
<p> He received the last, most recent of these for having created a table-come noticeboard for Bellevue ice-cream using Panorama technology.  His long working experience has enabled him to work in many different places, such as France, the US, Asia and Italy, where he currently lives, and has opened his own studio.  In addition to his work at the studio, Marc Sadler also provides consultancy services for important companies and multi-nationals. He first became famous in the 1970s, when he designed a sporting ski shoe made of entirely recyclable plastic material. The design was then adopted and produced by the company known today as Lotto. For Lotto, Sadler subsequently patented the prototype of a ski boot with a symmetrical hull, another sporting article that became a bestseller worldwide. Despite his field of specialisation remaining technical design in the sporting and industrial sector, Marc Sadler also displays laudable artistic and expressive talents, finding favour with the critics by producing excellent quality works, characterised by their aesthetics: sculptures, paintings and artwork created with sophisticated technological instruments.  Behind his creations, in addition to the technical and theoretical skills that distinguish him, there is also a philosophical idea founded on a combination of innovation, research and experimentation. According to his personal vision, the element that links design and industrial production is the constant quest for tangible solutions which are well-suited to the production requirements but geared towards innovation.  On one hand, productive flair in the field of design for furniture and lighting is based on the search and experimentation of new materials, which are often unusual or which one might never have thought of using; on the other hand it is also founded on composing essential, clean forms and lines inspired by the real world, which Sadler succeeds in reinterpreting in an unusual and subjective way, without losing sight of his work’s practical functionality.  The style of his design relies on the expertise gained in the technical industrial field, where the feasibility requirement prevails over the imaginative, inventive aspect of the object created, but at the same time is pervaded by the creative genius with which Sadler is endowed.  In the lighting sector, his production is the perfect synthesis of functionality, ergonomics and aesthetic sensitivity. His collections stand out for the simplicity and elegance of their design, the pure nature of their lines, the quality of the materials used and the efficiency of the individual products.  Slim, threadlike lamps that resemble the stalks of daffodils; powerful spotlights, capable of enhancing the ray of light they emit with the brilliance of the metal; wall lights with geometric forms in aluminium and transparent polycarbonate. In all of these creations, the typical style of the designer emerges as does his constant attention to detail, how the materials match and their human-scale functionality.</p> 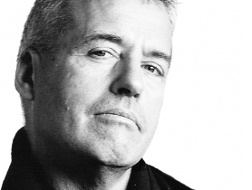