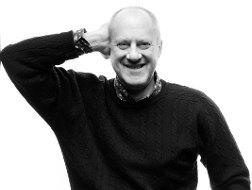 On the international architecture and design scenario, a particularly important place is occupied by the firm, Foster + Partners. Set up by the equally famous architect, Norman Foster, whose commitment is expressed mainly in buildings distinguished by a perfect balance between steel supporting structure and glass curtain panelling. The firm, Foster + Partners was set up in 1967, shortly after Norman Foster left  Team 4.

Initially, the company flaunted the Foster Associates brand, but afterwards, in 1990, to convey the profound influence which the architect’s collaborators had on the work done by the firm, the name was changed to the current, Foster + Partners. The firm has its headquarters in London, with branches in prestigious cities like New York, Madrid, Hong Kong, Beijing, Shanghai, Buenos Aires and many others, and is one of the most prestigious in the world. Since it was established in fact, the association has received over 620 accolades for the excellence of its work and boasts over 100 victories in national and international competitions, obtained thanks to the design and erection of buildings in six different continents.
In recent decades, the activities of Foster + Partners have moved in the direction of sustainable architecture, with the building of numerous civil and private premises, offices, cultural centres, dwelling houses and airports, i.e., constantly different types of constructions designed thanks to the commitment of a large number of skilful collaborators.
Foster + Partners’s trump card is in fact represented by a team of architects, engineers, structural engineers and experts in various different sectors, all of whom cooperate in an environment where creativity not only flows freely, but also encounters new stimuli to give life to an architecture that is always original and innovative. That the architects taking part in this team are closely knit is also shown by their ability to work together despite being separated by the distance existing between the company headquarters and the branches distributed throughout the world.
The attempt to take a sustainable approach to its work has made Foster + Partners a leading exponent not only in the field of architecture, but also in that of design and town-planning, where it stands out in terms of the care which the team gives to projects, before their conception on paper and practical realization.
The big association founded by Norman Foster currently counts a large number of partners with different jobs and duties inside the firm. Among these stand out the names of Spencer de Grey and David Nelson, who work in the Design sector, and the Senior Partners, Grant Brooker, Nigel Dancey, Stefan Behling, Gerard Evenden, Luke Fox, Paul Kalkhoven and David Summerfield.
Foster + Partners has implemented numerous different projects in every corner of the world, from master plans to bridges, government-related public buildings, cultural centres, universities, sports facilities, transport infrastructures and office buildings. Among them all stand out in particular the requalification of Trafalgar Square and the Millennium Bridge, in London, the New Supreme Court in Singapore, the Faculty of Law in Cambridge and the Beijing and Hong Kong airports.