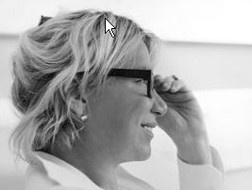 Carlotta de Bevilacqua was born in Milan to an Austrian father and a mother who was originally from the city of Parma. It was in this bustling city that she completed her studies, obtaining a degree in Architecture from the Polytechnic University in 1983. From then on, her career and professional accomplishments constantly reached skywards, until settling on the solid professional career she still enjoys today. First and foremost an architect, but also a designer by vocation, a businesswoman in the La Danese company and lecturer at her old Alma Mater, the Polytechnic University: this is Carlotta de Bevilacqua in a nutshell, An energetic, volcanic reference point in the international panorama of world design.

After having completed her studies, Carlotta de Bevilacqua began working tirelessly in the Milanese studio she runs, and this experience led her to breathe life into prestigious projects on both a national and international level, between 1989 and 1993 filling the role of art director for esteemed companies such as Memphis and Alias. But her great passion lies in light and how it is applied in living environments. Her in-depth research into materials led the architect to work as Managing Director for the Brand Strategy & Development sector of the Artemide Group until 2004, Artemide being one of the most important companies in the lighting sector. Having joined forces with Artemide, Carlotta de Bevilacqua was drawn to experimenting with innovative materials and setting up projects that integrate the power of light with a sort of sensorial development, such as A.L.S.O. and Metamorfosi. In 2011, she received the prestigious Red Dot Design Award for the creations that will make her go down in history as a star designer: the Copernico and Algoritmo lighting systems by Artemide. Carlotta de Bevilacqua’s conception of light oversteps the limits of the visible, as she urges those who perceive her works to experience a deep, intensely synergic relationship tied to the senses. Not only sight, but touch, hearing and taste are also combined within her designs, generating unique multi-sensorial experiences. An additional essential in the concept of design perceived by Carlotta de Bevilacqua is accessibility. Indeed, the architect’s dream lies in increasing the percentage (estimated at 10%) of people who are able to enjoy objects of design in their home. Her aim is to make this sector more popular, without ever forgoing quality, excellence and creativity, the three basic elements of the mission that Carlotta has always pursued, especially in the work she did for La Danese. Purchased in 1999, under Carlotta de Bevilacqua’s management, La Danese has truly become an open hotbed of emerging Italian and international designers, who use their talent to create real, tangible projects, characterised by a more popular and less elitist essence. Carlotta de Bevilacqua restored operations to an efficient working level with intelligence and style, rediscovering the company’s historical elements and prestige, and combining these with new, innovative creations of applied design.  Carlotta de Bevilacqua currently works in her own studio, complementing her design work with teaching activities, lecturing in many courses in the Milan Polytechnic University, in addition to holding seminars in the Bocconi and other international universities. Her pure, minimalist but charming style continues to shine through in her lighting creations and her continuous research into the power of light and the possibility of making the objects linked to it accessible to one and all. A challenge that is waiting to be won, in the name of art, design, and the will to fill the universe with elements of intrinsic beauty.