As low as £1,020.00
In stock
VAT Excluded
Free Shipping For this item to addresses in United Kingdom
Add to Wish List 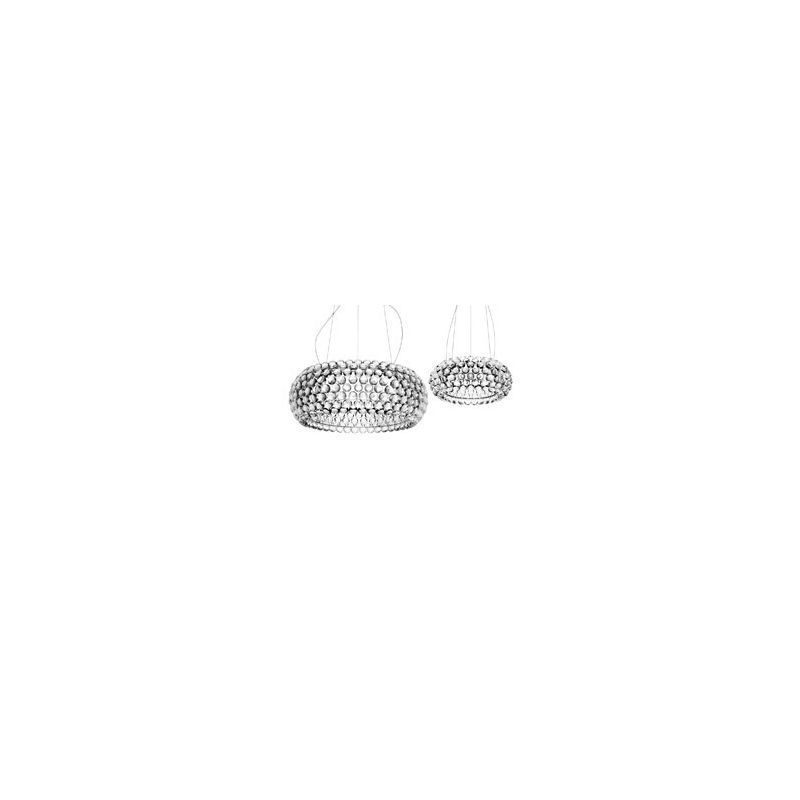 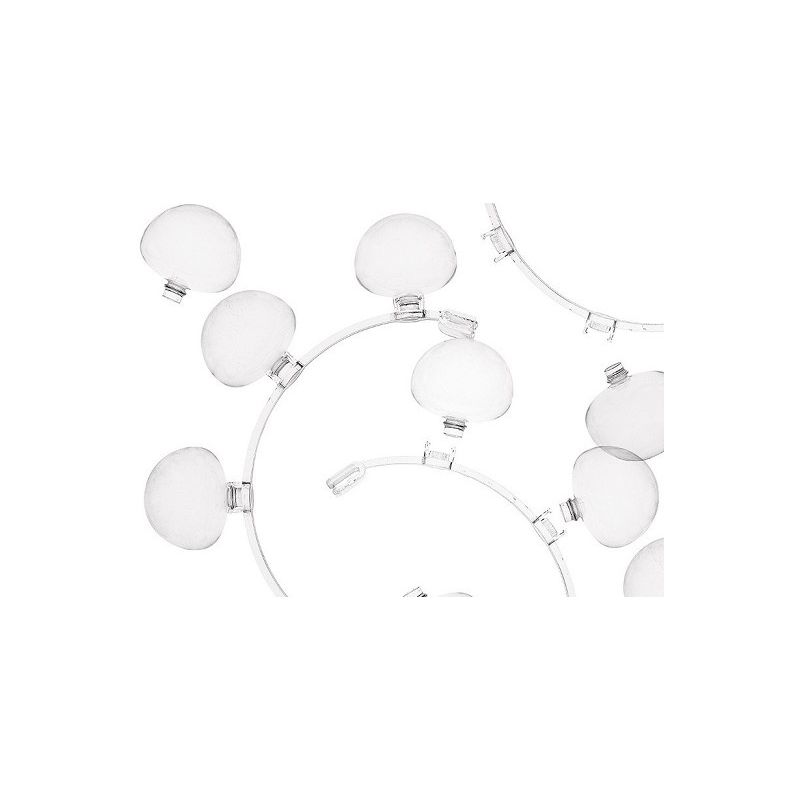 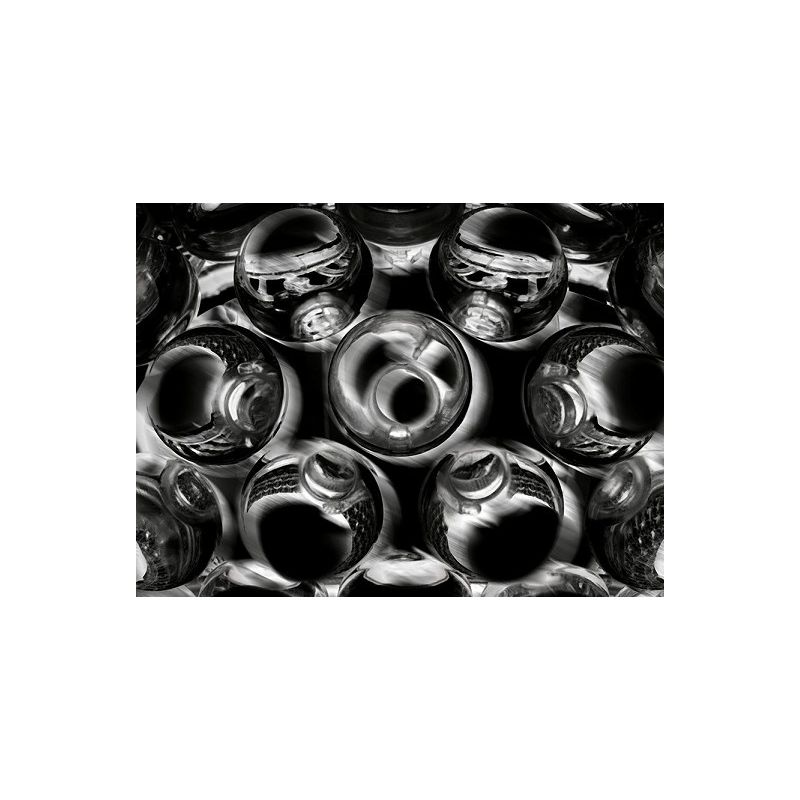 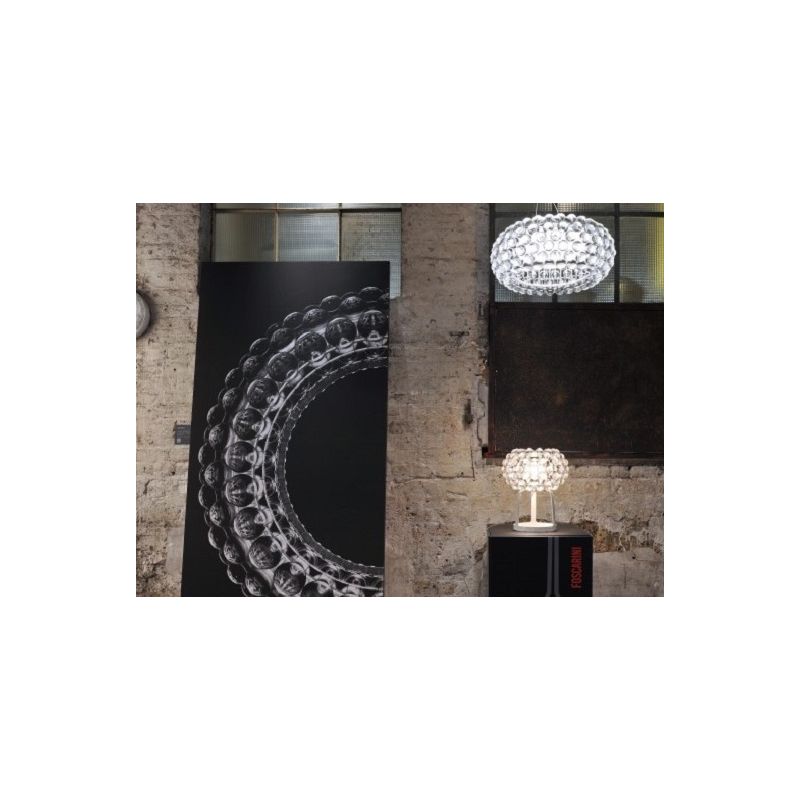 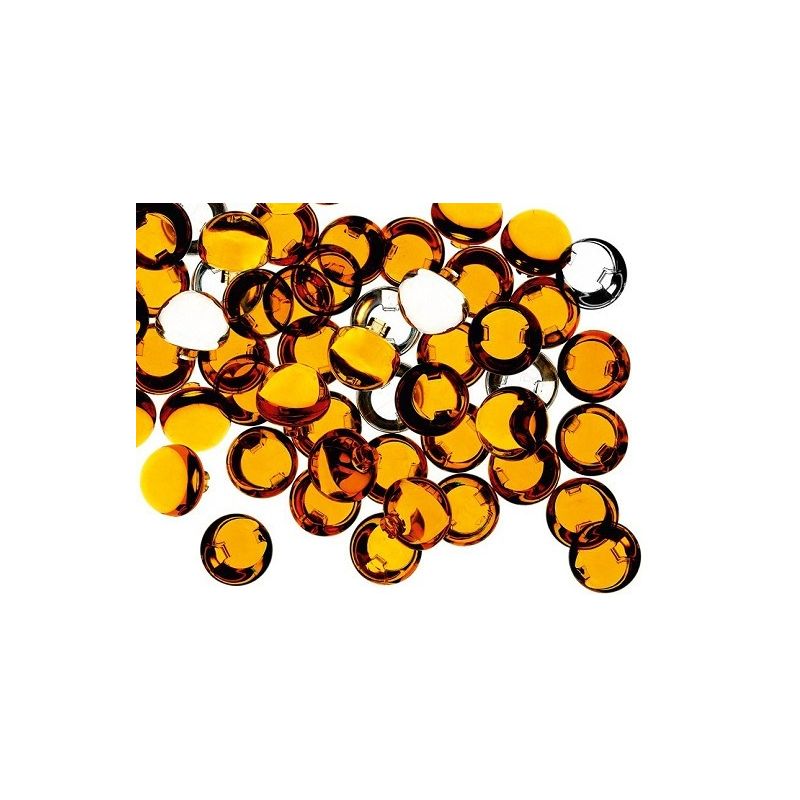 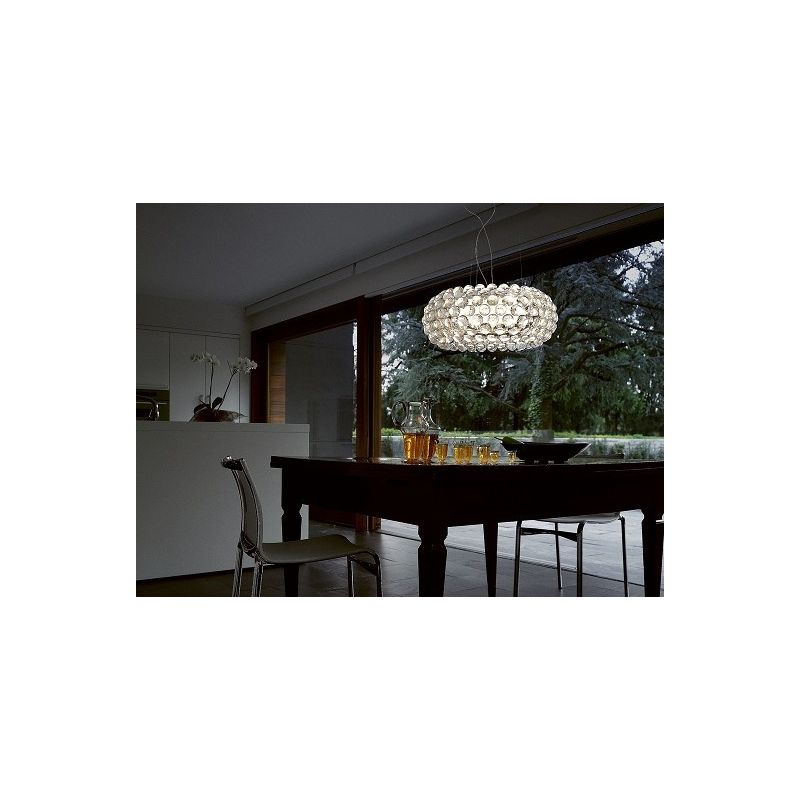 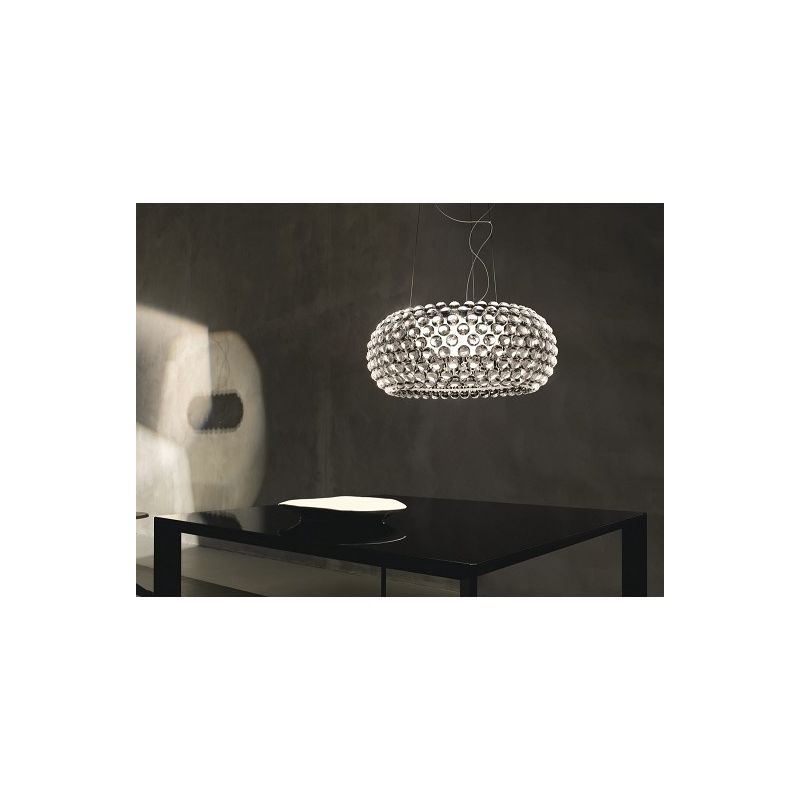 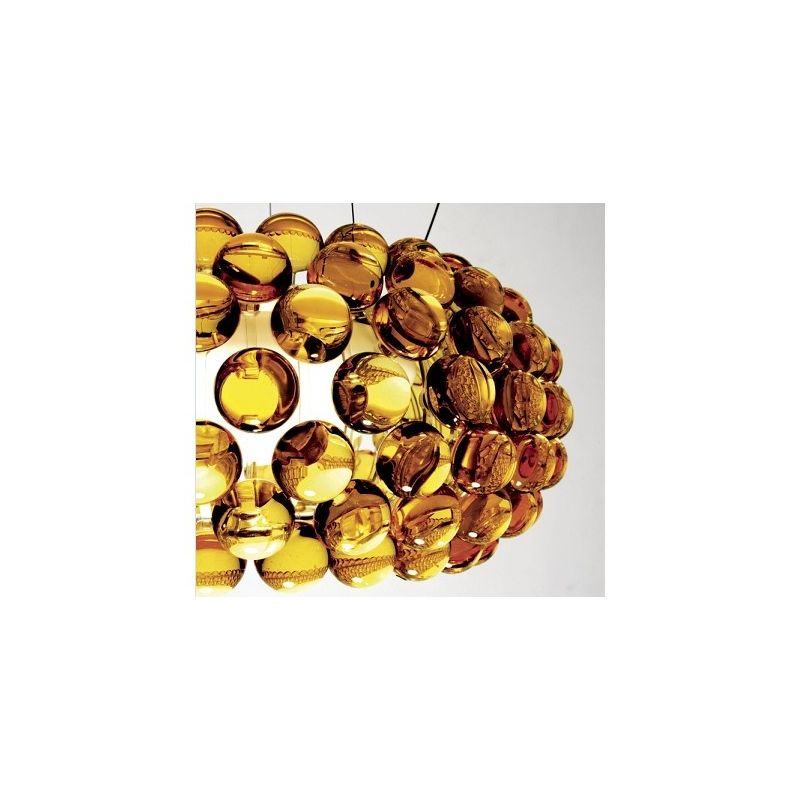 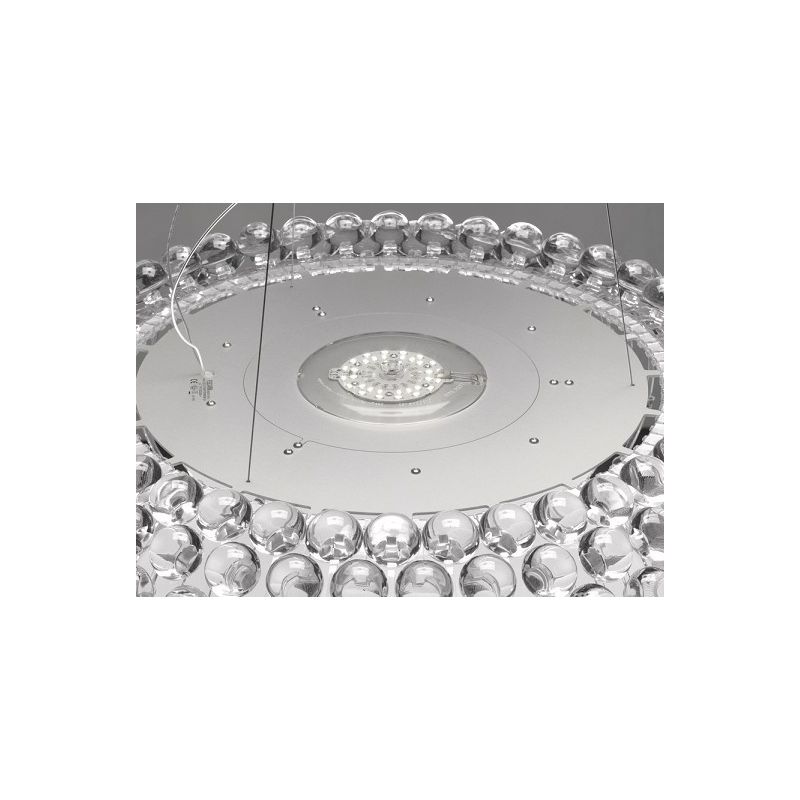 The Caboche suspension lamp was designed specifically to illuminate and enhance the interiors of homes, public halls and showrooms. It is made up of a series of spheres in polymethyl methacrylate, some transparent and others in yellow gold. In its recently revamped version, the Caboche lamp works with high-efficiency, long-life LED bulbs, thus saving the energy consumed; a screen in frosted glass projects the light both upwards and downwards to create a characteristic and elegant effect. The shapes, light and materials of this characteristic suspension lamp have been combined to create a singular light effect through the transparent spheres. The rich elegance of these lamps will enhance the furnishings and overall style of any room.

Patricia Urquiola
<p><strong></strong>.<br /> <br /> During her studies in Italy, Patricia Urquiola succeeded in studying in-depth the history and patterns of design in Italy, herself becoming one of the most important representatives of Italian contemporary design, despite her origins and style remaining firmly rooted in the Spanish tradition, which she upholds with great passion and pride.<br /> Having graduated in 1989, her great talent led her to become the assistant of the big names of Italian and international architecture, who chose her to accompany them in the lessons they taught in Milan Polytechnic University and the Ecole nationale supérieure de création industrielle. Milan was the city that led to her working on projects with people like Achille Castiglioni and Eugenio Bettinelli, who undoubtedly helped to improve her training and culture in the sector.<br /> <br /> Her talent did not pass by unnoticed, and a short while after obtaining her degree she was already being asked to work with several national design companies; the first person to believe in Patricia Urquiola’s skills was Maddalena De Padova, who produced one of the most prestigious brands in Italian production, and this opportunity led her to meet another great Italian architect of worldwide fame, Vico Magistretti.<br /> The work of two brilliant gifted minds could not help but generate the birth of great modern design elements, which made the history of Italian contemporary design.<br /> The Flower chair is one of the first excellent works that the two designers created for De Padova: it is a padded armchair with an enveloping form that closely resembles the corolla of a flower. The harmonious proportioned forms create a particularly comfortable seat, which has been an enormous success all over the world.<br /> Other memorable works born as a result of the partnership between the Spanish designer and the Italian luminary for De Padova include the horizontal Chaise Longue and the Loom sofa.<br /> <br /> Patricia Urquiola, who recognises her talent, has always aspired to make a name for herself on an international level as an architect and designer. After her experience with De Padova, she accepted offers to work with other Italian design studios, where she worked side by side with architects and designers on architectural projects for buildings and interior design. She then continued along her creative pathway, producing designs for small pieces of furniture and ornaments, always favourites with the general public. One of the secrets to success of her creations is her use of elements that are not modular or interchangeable, and this is conducive to creating positive areas that favour good sentiments and social interaction.<br /> <br /> Having become famous outside Italy and Spain early on in her career, today Patricia Urquiola is oen of the most sought-after designers in the world. She works with the most important architecture studios and is responsible for having designed many of the cult objects of our day.</p> 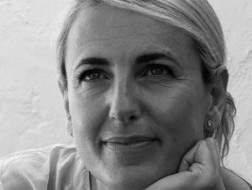 Eliana Gerotto was born in Venice. She started her career in Milan as a graphic designer. She got her degree in Communication Techniques at Fondazione Davide Campari in Milan. She worked in various fields as graphic, industrial designer, set curator and interior decorator. 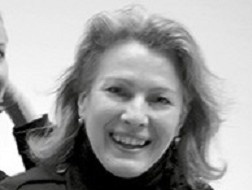 Other products in the collection Caboche