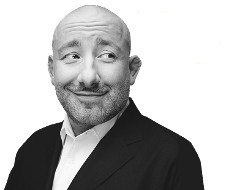 Jean Marie Massaud is a French architect and designer who was born in Toulouse in 1966. In 1990 he graduated from the Ecole Nationale Superieure de Création Industrielle in Paris and then started to collaborate with Marc Berthier. During this time, due to his creativeness and enthusiasm, he began to take an interest in both industrial and furniture design. He began to work with important global brands in industry and fashion such as Yamaha Offshore, Armani and Baccarat, as well as other brands that specialise in high quality furniture such as the Italian companies Cassina and Cappellini. In 2000, together with Daniel Pouzet, he opened  the Massaud Studio. His creativeness stretched even further and he started to work in the architectural field, creating cutting-edge projects for Lancome, Poltrona Frau and Renault. At the same time, he was busy with much larger projects and created the modern Vulcano Stadium in Guadalajara and the TriBeCa Condominium Towers in New York.  Massaud is not however considered a conventional designer. His creations mirror the need to constantly join together things like wisdom, emotion, culture and nature, always bearing in mind that people are the real protagonists of life, and quality is an important aspect of the creative process. In his book “Human Nature” the designer reinforces his profound belief in the ability of mankind to constantly reinvent itself and give way to a new era of “perceptive knowledge”. His projects and designs, whether in architecture, industry or interior design come from his awareness of Man and his evolution as an individual or collective conscience. Massaud’s creations can be found in many art and design collections in museums around the world; from Chicago to Paris, London to Amsterdam, Zurich to Lisbon. Over the years, there have been many important, individual exhibitions dedicated to him, such as the one in Tokyo in 2005 named “Human Nature”, and the “Massaud” exhibition in Paris in 2007. He has also been awarded many prizes since the beginning of his career, including “Designer of the Year” for three years in 2005, 2007 and 2009, the “Nombre d’Or in Paris in 1999, followed by the Arests Best in Norway in 2000 for the best perfume bottle designed for that occasion for Cacherel.